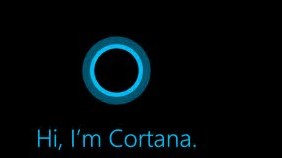 Computer calculate the value of PI to the last possible digit. I paraphrase slightly but with these words Mr Spock instructed the Enterprise computer to prioritise the calculation of PI. It was a plot point to rid the computer of an alien. Maybe the 24th Century version of malware. In the 1970s viewers of the re-runs of Star Trek in the UK were treated to a vision of the 24th century. In the 24th century you could communicate via a small handheld device, you could view the world through flat wall mounted screens and you could command your computer via voice making keyboard input a
aberration from the 20th century.

We didn’t have to wait for the 24th century after all. Today the mobile phone provides global communication from your hand, TVs can hang on the wall and now the new technology battle is voice based digital assistants.

This market in AI is nascent. All of the digital assistants use cloud technology to discover information and provide functionality. Apple’s Siri was first introduced in the iphone 4S and provided a way of access to the iphone via voice commands. Next came Microsoft’s Cortana. Cortana was first available via Windowsphone and is now available on the PC and, in some countries, as an Android app. Google Assistant as evolved from Google Now. Google hasn’t gotten a real personal name for the assistant but kicks off with “OK Google” . Alexa, also known as the Amazon Echo, is a surprise because Amazon is associated more with shopping and has no mobile platform at all. However Amazon’s prime services such as music link in nicely to its capabilities. Bixby is Samsung’s attempt to unbundle itself from Google services. Each entrant has it’s own strengths but all are trying to lock you into their service ecosystem.

So if you primarily use Google services then the Google Assistant should be your number one choice. Productivity workers primarily using a PC and Windows 10 should probably be in the Cortana camp. Apple users will find Siri most useful. Leading to the conclusion that we are heading into walled gardens of service specific assistants. What users really want is universal access to personalised services everywhere. Cortana users will see that the failure of Windowsphone and lack of a home speaker system means it is useful primarily on the PC. Google users will find the PC lacks the assistant natively. Iphone users who use a PC will find no connection at all.

The solution appears to be “skills”. These are the software extensions to home assistants that add capability. An Amazon Alexa user with a Spotify subscription can add Spotify as a skill via the app or web browser. Now if you ask Alexa to play music it knows you mean Spotify and not Amazon. Alexa now has thousands of skills. This week Amazon and Microsoft announced that Amazon devices were going to get Cortana skills. For a Microsoft user like me this means I can use an Amazon device and call up my calendar or information from the Microsoft ecosystem with the same ease as Amazon itself. 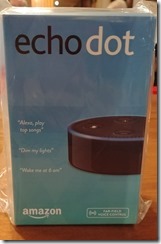 Right now I have an Android phone that is setup to use Cortana. I have a PC using Cortana. I have a new Amazon echo box using Alexa but shortly to have Cortana skills. We are moving to the world of the universal voice assistant and Star Trek. The only disappointment I have is that Majel Barratt Roddenberry, who provided the voice of the USS Enterprise computer, has passed away and  can’t voice my digital assistant and make me feel it’s the 24th century.
Amazon cortana Google Now siri