Historic Microsoft change that means nothing for average users. 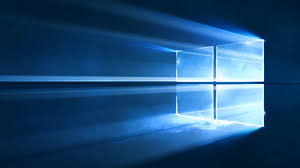 If you are looking for underwhelming and completely opaque news I urge you to read the Microsoft Windows Blog.

In a fairly lengthy blog the Windows team have announced absolutely no change for most users. The reason for this is that most people who buy a PC get a version of Windows and never touch it except for updates. Most users often have no idea which version of Windows they have. I have heard people say they have Windows 2012. Unless they installed a server version what they mean is they have a PC they bought in 2012 with Windows on it.

What Microsoft was announcing in the blog was that if you bought the very latest all singing PC with a super Intel "i" processor using the latest "Skylake" technology and you then installed Windows 7 you might find that stuff doesn't work. Installing a 2009 operating system that was developed back in 2007 on a 2016 PC may seem weird and rare but Microsoft have traditionally supported this. Behind the scenes driver updates for newer firmware and hardware have made 'backwards compatibility' a Microsoft differentiator.  The Apple users of the world were often told when a new version of OS X came out - sorry but your Mac is 24 months old so we are not updating it this new OS is for new machines only. Mac users are used to their expensive hardware being stuck in a sudden OS timewarp. PC users have valued the ability to install 'historic' versions of Windows.

Well no more. If you buy a new PC with Windows 10 you will be expected to run Windows 10. It's almost an announcement from the Department of the Obvious.

Yet one group will be mulling over this. Microsoft's biggest customers - business and large enterprises. Business is mostly on Windows 7. Updates take months and sometimes years of preparation. That's why businesses have 'downgrade rights'. They are specifically allowed to get a new PC and install their standard onto it - usually Windows 7 at this point. From now, if businesses want to do this, manufacturers will produce a list of PCs that can be downgraded to a supported configuration. From July 2017 you will basically only get critical updates for new PCs running an old version of Windows.

This makes commercial sense for Microsoft. While it wont directly increase Windows sale, because the businesses just buy Windows and choose to use an old version, it does reduce cost. Taking engineers away from constantly patching old Windows versions to deal with new hardware will save money for Microsoft. Microsoft are basically acknowledging that the world of Windows 10 means they update a device for life and evolve Windows 10 in-place. The monolithic 3 year upgrade cycle of upgrading a whole version of Windows is over. In other words, from an upgrade perspective, Windows is going to start looking like Apple OSX. Strange new world.
Microsoft windows. windows 10