Showing posts from July, 2021
Show All

Sunday, July 18, 2021
Windows 11 has been available to Windows Insiders since launch. Being a Windows Insider means that you switch on more Microsoft telemetry data and you test new versions of Windows before they are released to everyone. The good news is you get the very latest Windows that it's possible to have. The bad news is that the Dev Channel and Beta Channel have buggy versions of Windows.  If you have a PC that you use every day and is important then you should not put it on the Insider programme. You should use a different machine to avoid your main device being unusable. The problem with that approach is that you are not testing in a real scenario. From that perspective using another PC that is not used for normal work is going to be mis-leading as a test machine. If you just want to see what the next Windows is going to be like then using a non-production machine, or a virtual machine, is fine. To do real testing you need your production machine updated. If you really go for it then ma
Post a Comment
Read more 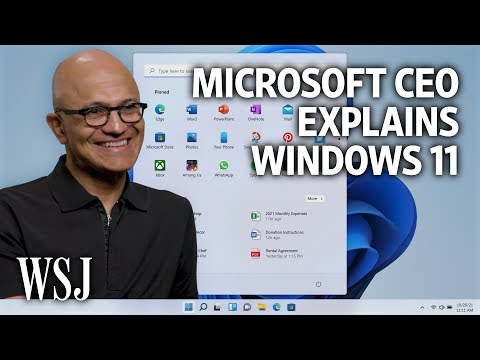 Windows 11 has been announced . In a virtual global livestream, the current head of Windows Panos Penay, showed off the new OS.  This is a consumer Windows. The main thrust is to make Windows look "modern". Modern is always an ill-defined word for Microsoft, but it seeks to frame using a newer version as "modern" and everything thing else as "old". Obviously, from a marketing standpoint, everyone wants to be "modern".  There is lots of eye candy to make it look beautiful. Under the new screens it is a variation of Windows 10 plus a lot of the 35 year legacy of a mature operating system.  Consumers haven't been shown a lot a love by Microsoft. The core things consumers care about like music, video, mobile phones, personal tech, speakers, instant messaging and social media have been abandoned or de-emphasized. When WindowsPhone was discontinued you had to take the extra step of downloading apps on an iPhone or Android device to access Microsof
Post a Comment
Read more
More posts