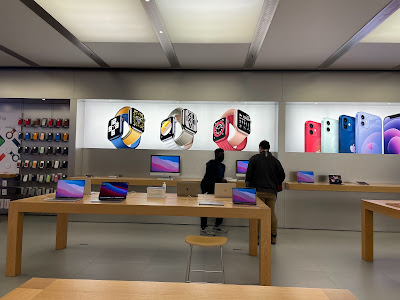 The line in the Godfather as Al Pacino, as Michael Corleone, explains why he still is in his father’s criminal empire. I feel the same about Apple. I bought an iphone only to end up back in an Apple Store for my next tech purchase.

To almost no-one\"s surprise face-id on an iPhone doesn\"t work very well when you wear a mask. Having chosen to use an iPhone you are left punching in your passcode quite frequently when you are out and about. Apple solved this little issue by authenticating your id via an Apple Watch when you wear a mask. Buying another Apple device to deal with the problem of other Apple tech is a very Apple solution. I do accept this isn\"t a devious ploy but rather the product of the way Apple thinks about it\"s own products.

Each product, on it\"s own, is an expensive piece of technology. Its also a fashion item. The design, colour etc say something about the owner. There is no problem with all of that. Where it gets interesting is the relations between the products. You can choose bluetooth wireless earbuds. However, your best experience is with the Apple Airpods. You can buy another PC but you only get iMessage integration with the iPhone if you buy a Mac. You can go on with this across the board.

With a bit of money from my birthday, and a mask wearing problem, I decided that maybe an Apple Watch had to be bought.

The feeling you get is one of being pulled into choices rather than freely making them. Its a love-hate relationship of being satisfied with many aspects of Apple\"s products but not being entirely convinced you have really made a choice yourself. Instead you feel that maybe the choice is an illusion.

I have now picked up the Apple Watch SE. In many ways it\"s an extraordinary watch that allows you to customize the face to any time display you can imagine while simultaneously keeping track of your steps and calories. The FitBit would do all that but, with all things Apple,  FitBit doesn\"t link quite as smoothly.

I am a satisfied customer. Its a decent product. 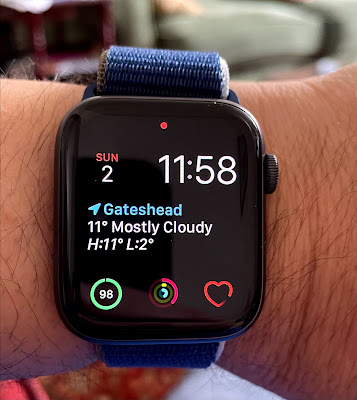 I just wish I felt like I choice. I am being pulled in slowly to the Apple ecosystem. Its a weird feeling of tech guilt.