Thinking about Instant Messaging and WhatsApp 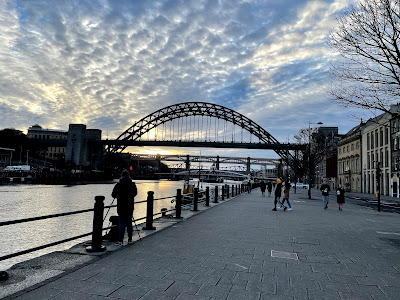 I have been thinking a lot about instant messaging. IM today is something that has evolved from all kinds of “chat” applications over decades. The Internet had Internet Relay Chat (IRC). Proprietary services such as Prestel in the UK had chat systems. It has a long online history including Bulletin Board Systems (BBS) in the 1980s.

In the early 2000s a new kid on the block was Skype. Eventually taken over by Microsoft. Microsoft then closed down it’s successful MSN Messenger and replaced it with Skype. Although it seems that this didn’t really add much to Microsoft’s usage figures. MSN Messenger had built a use case that wasn’t really replicated by the Skype feature set.

Mobile threw up some new contenders. Google kept inventing different Instant Messaging tools. It then killed them off. The problem with this is that Instant Messaging depends on your friends and contacts being on one system. Google re-inventing things just relied on it’s Android OS offering each iteration as the default.

For a while Blackberry also had BBM. A secure messenger focussed on the enterprise.

Microsoft’s WindowsPhone never had Skype as integral to it’s mobile experience so Skype was never a first class resident on WindowsPhone.

Mobile already had text messaging (SMS) so Instant Messaging was rather unnecessary in some respects. However, SMS was provided by phone companies and charged per message. It also charged a premium for international texts. It used a phone charging model in an internet connected world. Users quickly worked out there were more capabilities in IM and, if you got a reasonable data plan, messages were free.

Facebook has its Messenger interface. Closely aligned with it’s social platform You get messenger with Facebook without really trying. Then we have WhatsApp. WhatsApp was bought by Facebook but Facebook promised not to integrate it into the whole Facebook ecosystem and run it as a separate business. WhatsApp ease of use on mobile got many people into Instant Messaging who were usually quite happy with texting friends.

WhatsApp has been popular and many people just download it when they are invited to a group chat. Now Facebook is going to change it’s terms of service to monetize WhatsApp more effectively. WhatsApp is to share advertising data, location, IP address and much more with Facebook.

I looked at this. I am certainly not a privacy campaigner but I do believe that applications should only know enough about me to deliver the service. This seems more like data harvesting with no obvious benefit to me. No benefit at all. This is to help Facebook advertising. Nothing more.

As a result I am now trialling Telegram and Signal as possible replacements. At the time I wrote this Edward Snowden recommends Signal.

Instant Messaging has gone from being private chat to a method of extracting a range of personal data to use for advertising. I think it is time for me to opt-out of that.

For more on how social networking makes you the product then this Netflix drama/documentary called the Social Dilemma might interest you.