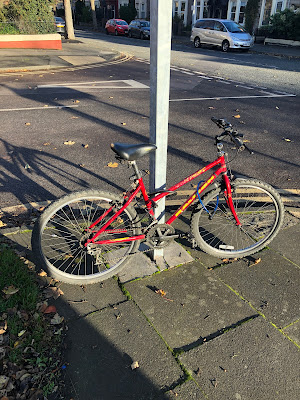 This year I finally stopped procrastinating, stopping, changing and not deciding. I fully returned to the Apple mobile phone ecosystem after ten years. The last time I really used an Apple Iphone was the Iphone 4. Now I have an Apple Iphone 12 mini.

To be fair I dodged between an Iphone 8 Plus and a Nokia 8.1 for a year. Switching back and forward without really deciding which way to go.

There were a few reasons at finally spending real money but one was privacy.

Privacy doesn't mean secrecy. I don't need my private life put in a security bubble. People are entitled to privacy. It's not about hiding stuff. Its much more the simple concept that you should be able to have a life without being watched. Governments and companies should serve citizens and customers.

The old idea that if you have got nothing to hide you have nothing to fear is untrue. Its nonsense. The word "hide" implies concealment. Privacy is about a person being able to freely choose how to lead their own life without surveillance or judgement.

However, when you interact with the Internet the services you use are not private. Your location data and shopping habits are the most obvious. The bargain you make with using Google services for free is that they keep track of you and sell their observations to advertisers.

Apple and Microsoft make their money from selling stuff rather than you. They do keep track of using their services but that's not their main focus. In a world where no one is completely anonymous both Apple and Microsoft seem to value privacy. Facebook is different. Its 2.7 billion users are getting Facebook for free. Facebook categorise you and sell you to advertisers. You are the product.

Facebook use advertising IDs on mobile. The idea being that apps can track what you do. They are.

Just because you use a mobile phone you have an advert id associated with it. Apps can read that id and track you. Even when you use a different app. So if you decide to shop for shoes online then Facebook can use the ID to know this and present you with shoe adverts.
Apple has decided that it needs to get user's consent for this behaviour. It will shortly be asking people "Do you want to be tracked by ..." adding the name of the app. You can say yes or no.
Facebook seem to think most people will say no. This will impact their value to advertisers and to revenue. Facebook are fighting back and have used full page adverts in newspapers to claim this is Apple harming small businesses that use Facebook.
I don't mind seeing adverts to get "free" services. Its part of the bargain. However, the relationship should be in a walled garden. I only get the "free" service in that app. Tracking between apps means my personal info is being shared. On this occasion I think Apple are doing the right thing by asking me if I want to be tracked outside the app itself. Privacy is good. People should consent honestly to their data being used.
Facebook: How Apple IOS 14 may effect your Ads.
Apple iphone 12 privacy