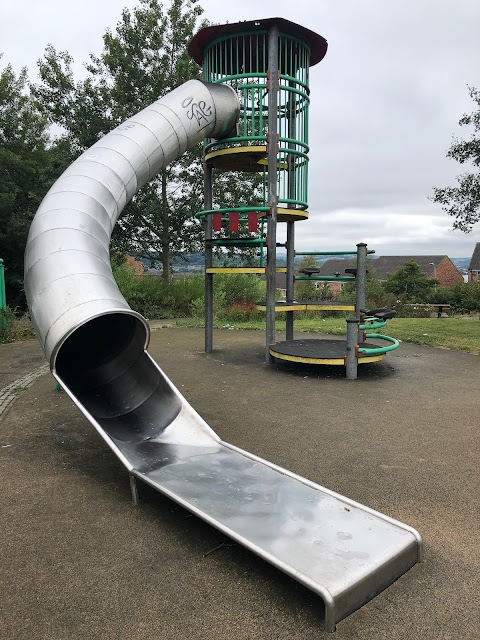 Sometimes an idea just hits you. I was scrolling through Ebay for no particular reason. With most browsing the aimlessness causes you to head off into various unexpected rabbit holes. On this day it became a list of Apple MacBooks. MacBooks are expensive. Although the word expensive is based on the sort of PCs most people buy. A premium Windows based laptop can easily cost the same as a Mac. Nevertheless most potential purchasers reach for a credit agreement or look at their bank balance before laying out cash for an Apple. Apple is a consumer brand.

Ebay is the destination for bargain hunters. A bargain being a low price for the highest specification possible. Matching the aspiration of high quality and low price being the buyer's challenge. The other challenge is avoiding those offers that are too good to be true, scams and counterfeits.

What I saw was a reduced price MacBook. The previous week I had spotted it at £249. This week it was well below £200. The Mac was close to eleven years old. I discovered later it had a US keyboard. The memory was maxed out at 4gb and the hard disk was 250gb. The latter would be slow by the standards of 2020. The battery was probably shot and, in my own mind, would probably barely last a few minutes of mains power. On the positive side the OS was updated as recently as 2018, the keyboard would be good and a unibody MacBook of that era was going to be upgradeable.

I bought it and a couple of days later it was at the house. The upgrade I wanted to do was an SSD disk. I had ordered a new screwdriver to match Apple's internal screws and I was ready to add an SSD.
Upgrading a MacBook
YouTube had some decent repair and upgrade videos. I found Ifixit the most useful site for information and step by step guides.
Once I got down to business I found a stamp on the bottom of the Mac. It confirmed the device was secondhand. It also confirmed it was used in US education. 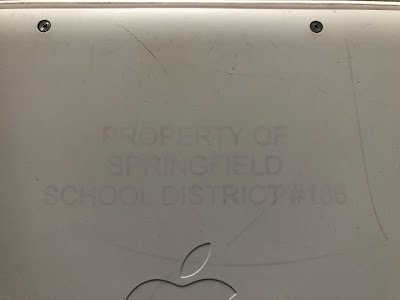 Barely visible were the words Property of Springfield School District. Had I got Bart Simpson's MacBook?
He is a fictional character. I get that. However, the idea that this Mac kept Springfield learning was somewhat comforting.
Once the SSD was fitted I booted the device from the old disk via USB, downloaded an operating system from Apple and got it installed. I put on Microsoft Edge as the browser, Office applications, Skype and made it a Microsoft Mac. These days Microsoft just want you to pay a monthly subscription for it's software and services. They no longer care if you use a Mac rather than Windows. It's the new Microsoft.
Twenty four hours later the fast SSD disk is doing a good job and the Mac is working as advertised. I even found how to get a "£" on a US Mac keyboard. I might even name the Mac "Bart" in honour of it's history.