My struggle with mobile 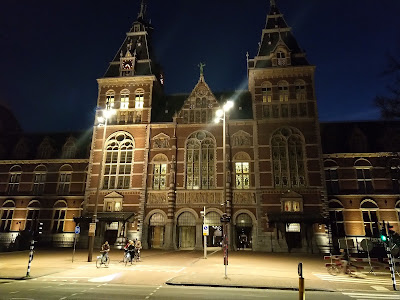 From 2010 to 2018 WindowsPhone was my chosen mobile device. I mostly used Nokia devices. If you have a PC and you were working for the IT industry then most of the client side is based on Windows as well as the server side. Microsoft had committed to their software working best on Windows so WindowsPhone was a reasonable choice.

However, in a Twitter post a senior Microsoft executive said WindowsPhone was over. Support continued until December 2019 but Microsoft recommended people moved to IOS (Apple) or Andoid (Google) devices. A big blow to those of us who really found the WindowsPhone environment to be the best mobile environment.

I gave up my WindowsPhone permanently in 2018. I sold my remaining device on Ebay. For the previous year support from services on the device had been ebbing away slowly and Microsoft had withdrawn functionality. I tried a number of Android devices. Samsung, LG, and then the new Nokia devices. Currently I am on an iPhone 8 Plus.

My concerns with leaving the Microsoft environment were several. The first is data privacy. No tech firm entirely segregates your data from others. Apart for the obvious factors like location data each company sells advertising. Primarily your personal data. Microsoft’s main customer base is business so they spend a lot of time on data privacy, compliance, protection and the like.

Google seems to have the weakest data privacy stance. If you give data to Google it will sell it to someone. Apple is a lot better. So just from a perspective of trust in data handling I feel better with Apple.

The devices available for both Android and Apple all provide are a grid of icons. The apps are similar although Apple’s apps seem more polished. The problem with the Android world is manufacturer customisation. Samsung is possibly the worst but LG is close. They have apps that they make that can’t be removed. Samsung duplicate Google apps for the sake of a corporate strategy of trying not to rely on Google and almost avoiding mention of them.

Another problem of the Android world is updates. Security of Android is a problem. If every manufacturer can customise Android they can also leave the OS open to security issues. In the case of Chinese manufacturers there is the ongoing suspicion of Chinese Government monitoring. It’s a world in which users seem to have make decisions on devices not just on colour and features.

I have been using Apple’s IOS for about 6 months. I have another phone, a Nokia 8.1, in a box. I don’t really work inside the Apple ecosystem of services so having an iPhone is a bit odd.

There is a certain pressure to move back to Android. Microsoft has put all it’s services on Android, the Microsoft Launcher customises Android to be a “Microsoft Phone”. In a turnaround it seems that Google has created a mobile operating system for Microsoft to customise  whereas Apple’s closed and locked down environment provides a lot less.

I haven’t settled. I would still be using WindowsPhone if it still existed. I am keeping the iPhone for now but I think the draw of Microsoft services and PC integration will take me back to Android.