What is Windows Lite? 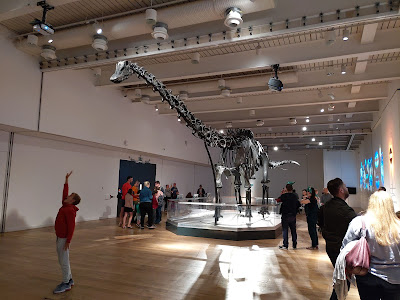 Windows is a dinosaur but in a good way. In technology terms it's decades old. It's a mature operating system designed to run every kind of application for every kind of user. Up to an estimated 1.5 billion people use Windows.

In its code it can support applications created 20 years ago. It is filled with operating system functions for long dead file systems because somewhere on the planet someone may be using them. It is filled with proprietary code that makes Microsoft software work together and, when 90% of PCs used Windows and 90% of people used PCs as their primary computing device, this was fine.

However, in 2019 that isn’t true. Many people have a PC in their pocket called a mobile phone. They pick up a laptop when they need a real keyboard to type an essay or create some kind of official letter. Professionals still use Windows for editing video, autocad or the like. Businesses still use Windows PCs. There are specialist gaming PCs. Most normal users are now practised with the “app” model of mobile devices and services delivered from the cloud. People are no longer storing huge numbers of MP3 files on a PC.
All of this means that PCs are now around 30% of the computing market. The rest of the market is something else.

Windows isn’t going away soon but there is now a lot of talk about “Windows Lite”. It probably won’t be called Windows Lite but something else. Microsoft want to create some kind of computer operating system that people will be more like the instant on continual update system of mobile. There are a lot of ideas floating around; it will be like a Chromebook, it will be able to run virtual sessions of “old windows” to run older software, it will be tied to your Microsoft account and so on.

What Microsoft have talked about is a modern experience. Microsoft have tried this before. Windows RT was developed for ARM processors. It looked like Windows but only ran specially developed applications. So it wasn’t really Windows. It didn’t do well. Windows 10 S was Windows that could only run Universal Windows Applications (UWP) from the Windows app store. It turns out people didn’t like that either and converted “S” to a full version of Windows via a free upgrade. Windows 10 S then became Windows 10 in S mode. The re branding didn’t work any better.

The modern OS, Windows Lite or whatever it may be called, will be the third attempt Microsoft are making to move customers from Windows as their primary client operating system. Microsoft now makes most of it’s money from cloud services, business and Office software. Windows is less important. Catching the next operating system wave is what they want to do.