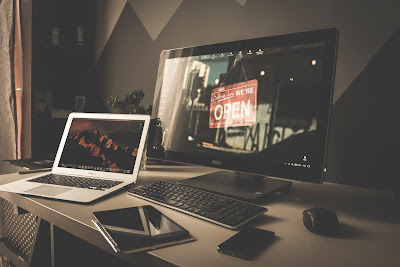 There was a time when every computer had its own operating system. Then gradually, over time, the main computer operating systems got to a smaller number. This became Windows on the PC and server with Mac OS and varieties of Unix/Linux. For most computer users, 90% of PCs ran Windows.

When mobile phones started connecting to the Internet a whole fresh set of operating systems turned up including Android (a Linux variant), IOS for iPhone and iPad, Windowsphone for Windows devices. It was recognised that mobile devices would not be using a keyboard and mouse but fingers or a pen-like device. For users, this meant an OS that would respond to gestures.

Most people see Microsoft in a poor light compared to Apple. Apple styles itself as an innovator and, in terms of the iPhone, this was true. However, when Microsoft released Windows 8 it had an almost revolutionary aim. It was going to create a PC interface and applications environment that was touch first and worked on mobile. Windows 8 and Windowsphone 8 would be one core OS would run on both devices. With Windows 10 Mobile the Universal Windows Program (UWP) ecosystem allowed developers to create software on PC, Mobile, Xbox One and other places that were essentially the same.

The vision was largely killed because they lost the mobile battle, Windows 8 was received poorly and their application store never took off. Whether UWP will succeed is still an open question. Tim Cook, the CEO of Apple, described merging PC with mobile as a cross between a fridge and a stove. You could say he wasn't impressed.

There are problems with trying to get apps that normally run on a 5.5-inch screen with touch to work on a 14 or 15-inch laptop. Bear in mind that Apple has no touch interface on any PC. What does seem to be true is a degree of merging the mobile application experience with the conventional PC. Who would have guessed that Microsoft's idea for Windows 8 may become the mainstream in the next couple of years across all PCs? I am sure that Apple, rather than Microsoft, will ultimately claim the credit.