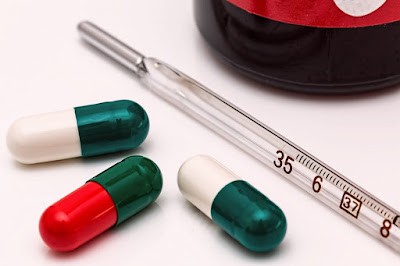 In the 1980s the first PC viruses emerged. Boot sector viruses invaded the floppy disk. Almost immediately the first anti-virus products emerged. Doctor Solomon's Anti-Virus Toolkit was one of the first. Alan Solomon had, in fact, created standalone anti-virus tools for some time as S&S Enterprises.

Back in the early 90s I was a beta tester for this product and my then boss was involved in selling it. The PC industry was pretty small and I had a small part in the development in the UK anti-virus industry. Consolidation led to the product being sold and we all moved on.

The key point was that the business opening was that DOS and Windows wasn't very secure. This didn't really matter too much when computers weren't networked to the extent they are today. Two decades later Microsoft have had their Trustworthy Computing programme which brought about fundamental changes in the Windows platform and the modern BIOS.

Which brings me to the question someone recently asked me. What sort of anti-virus protection do you use?

Mostly I am a home user. I dont do work at home. I do productive stuff but not work. I like to separate my life in that way. So I just use Windows Defender. Microsoft now protect PCs in several ways including secure boot, TPM, and Defender.

How good is Defender?

For the most part for home users it's enough. Check out the AV Test centre; https://www.av-test.org/en/antivirus/home-windows/

Defender isn't the best in class but most of the time for most things it's going to do the job. Other software is often bloated and tries to do far more than just AV protection. Defender works with pretty much most common viruses in the wild and crucially is part of Microsoft's overall defence so you benefit from the research it does into protecting business in the cloud.

For business use the story is different. You probably want to have more than one anti-virus product and the tests for those can be seen here; https://www.av-test.org/en/antivirus/business-windows-client/

One of the best in test results is Kaspersky Labs. It does pretty well in the lab tests and has top results. You can buy online or discounted at retail. It seems to have one downside - it's Russian. Government agencies are now warning against using it. The reason is simple - an anti-virus product accesses all your files and, in theory, could be a security risk.

It all depends on where you sit. My own view is I treat my PC as compromised because I can't know for sure it isn't. I usually upgrade the "home editions" of Windows to the Pro edition so I can protect my hard disk with Bitlocker. I keep backups of files on disks and in the cloud. I carry out best practice regarding email and websites, secure passwords with two-factor but if my PC got a virus I have a clean USB to rebuild the PC from scratch.

You can't be completely paranoid using a home PC but just installing anti-virus is not the only way.

So yes I use Microsoft Defender. Microsoft have come a long way from third party AV being a requirement because there was no security in Windows. In fact the biggest security focus now seems to be shifting to mobile and Google's Android OS on phone.