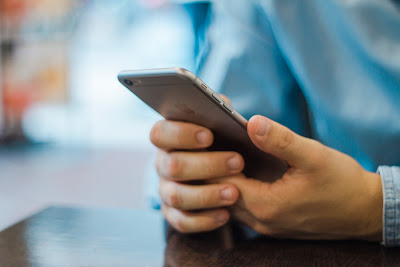 The iPhone X is almost here. We are just days away from the event that comes 10 years after the original iPhone. We have the iPhone 8 on sale and the iPhone doing clever stuff with face recognition.

In the last few days Apple has been forced to deny it has reduced it's high manufacturing standards for facial recognition on the iPhone.

The "revolutionary" aspect of this phone is it unlocks just by looking at it. By unlock I mean that you have to be the owner of the phone!
Underlying this technology is the Israeli company that created the tech behind the Microsoft Kinect sensor. This week saw Microsoft end the production of the Kinect sensor that was, at one point, the fastest selling games peripheral. Apple bought the company that created the technology behind Kinect and had them work on using the idea for facial recognition. However even then Apple are a little late in the game because Microsoft already created "Windows Hello". Windows Hello logs you in just using your face or other biometric on Windows PCs and Phones.


Microsoft was there first. Despite the "death" of Windowsphone devices it's a little bit strange that 2 years after Microsoft had a facial login it's Apple that claims the technology as new.

On the iPhone 8 bulging battery photos have shown that even this phone, largely little changed from it's predecessor, has also been reported as having issues.

Google has also launched the Pixel 2. Made by Google is the slogan. This device has also been hit by some criticism. Screen burn on two-week old devices has hit the press.

The problem with all mobile makers is that the smartphone market is mature. Changes now are incremental not revolutionary. Most manufacturers are now finding it hard to add the killer feature that is sufficiently different from last year's model. You would be hard pushed to find much change from 2 or 3 year old phones!

This years' update season of new devices seems to prove there is not much reason to upgrade devices at all and pay premium prices. The only real reason is fashion. Being seen with the latest device.

The market is now mature. People are keeping their old devices much longer because there are few technical reasons to upgrade.