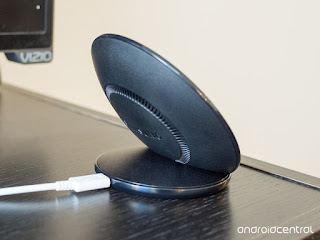 Smartphone technology may have moved on a lot in recent years but battery power is stuck in the slow lane.

Just recently a neighbour was around for coffee and he asked whether I had a lightening connector for his iphone to give it a charge. I haven't had an iphone for years so I had to decline. Apple actually makes this stuff a little more difficult with small batteries that dont really last a whole day and not adopting the global USB charging standard. It's an Apple thing of course. Apple prefer the look and feel of a  deviee being perfect even if it means their customers have to keep plugged in every couple of hours.

The next day I headed off to Edinburgh for the day. I forgot to put a charging power pack in my bag and sure enough during the day the phone dropped to a miniscule 1% when I switched it off about an hour before I got back home. From almost no charge it need about an hour just to get back to around 10% on the wireless charger.

The obvious thing is that batteries need to be bigger and better. However until that happens 'fast charging' is with us. Samsung has got fast charging along with a number of other manufacturers. Getting a fairly impressive charge in about 35 minutes.

ARM chip maker Qualcomm supports Adaptive Charging (Quick Charge 2.0). This is on Samsung devices. However you can't quick charge with the screen on and it generates a lot of heat.

Oneplus have their own take on fast charging called Dash. Tech nerds are getting quite excited by the Dash charger pumping up the amps, allowing the phone to be used and charging up in 30 minutes. They also seem to have a reasonably sized battery too.

The choice seems to be splitting into the fashionista phone with frequent pit stops to charge up or something like the Oneplus with fast charging that means fewer visits to the wall socket for shorter periods.