Windows 10 Anniversary Update and the end of free upgrades 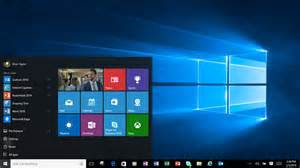 A short time ago Microsoft announced that 350 million devices had Windows 10. The Windows 10 core now being on PCs, tablets, xbox one, hololens, and Windowsphone. The calculation of Windows deployment has also changed. When licenses were sold this was counted as a copy. Now it's the number of actual PCs seen by Microsoft. So the numbers should be the most accurate ever.

On 2nd August 2016 the anniversary update will happen. In this new world of product development Windows is now never finished and is on a continuous update cycle.

In the past we had an RTM version. RTM was "release to manufacturing" and literally the moment a gold CD or DVD was created with THE finished version of Windows. This concept is no more.

Windows Insiders, who receive the latest updates, have received multiple updates this year. Insiders switch on the reception of pre-release builds. These can be the "production ring", "slow ring" and "fast ring". The faster the ring the more of a test version. I actually have a spare cheap laptop for the test builds and I never put them on my daily computer for reliability reasons. You would not want to brick your daily laptop and have to reinstall Windows suddenly so the "fast ring" is really only for the adventurous.