Is Yahoo still a thing?

Today I ended up finding Yahoo again. I cant remember when I last used Yahoo search. I vaguely remember using Yahoo email. I had forgotten it was even there.

The reason why I had to use it is because my wife’s email account wasn’t syncing on her mobile. She got her email address more than a decade ago. Many people only have Yahoo today because they have an email address that has been with them so long they can’t be bothered to switched or is linked to services they care about, It’s using Yahoo out of inertia rather than desire. On the bus the other day people were talking about getting some information on the Internet and they used the word phrase “Google it” rather than “search for it”.

Yahoo started as a directory with search and it is now a “portal”. This means a directory with search. A lot of the “news” on Yahoo is spamvertising. Advertising of get rich quick schemes, celebrity gossip leading to get rich schemes or links to fake news about diet pills. So called clickbait. There is almost nothing of actual relevance. Nothing you would want to visit yahoo.com for.

Not too long ago Microsoft offered Yahoo about $40 billion to buy the company. Yahoo’s founders declined, Microsoft built Bing instead. As it happens Bing is the back end search tool for Cortana personal assistant in Windows 10 now.

Yahoo isn’t bad, evil or anything else. There is almost no press on it because almost no one has a use for it anymore. I would like it to be useful. Flickr was always a pretty good photo sharing site but in the mobile world Instagram is a thing.

Apart from legacy email accounts we get back to the question of whether Yahoo is a thing. The answer is – probably not any more. I guess it will become a generational matter. If you connected to the Internet in the 1990s you will remember Yahoo with a touch of nostalgia whereas everyone under 30 will ask – what is Yahoo?

Posted by Stephen Townsley at 21:49 No comments:

So bash is installed and running on Windows 10 here. Its actually a whole Ubuntu sub-system running inside Windows 10 talking to the NT kernel. This basically means user space programs on the cli are available. Things like ssh, ftp and the like. You can also download things.

Right now to enable this you have to run the cutting edge buggy Windows 10 Preview enabled in Settings>Update & Security>Windows Update>Advanced Settings. You need to set the ‘fast ring’. Once that is done you get an update and you then add Linux as a feature here; 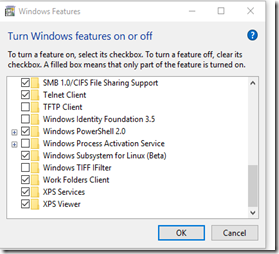 In order not to mess up my daily laptop I have this Lenovo T410 just to run the beta. Makes more sense than crashing the regular one.

For me the first app on the Linux system is PGP (Pretty Good Privacy). Invented by Phil Zimmerman to protect internet users privacy in communication it’s still a great tool today, The best implementation seems to still be the command line Linux/Unix variant although Symantec make a version for Unix when they bought Network Associates.

Windows has always provided the cheapest experience for “normal people”. The license price was effectively bundled with the PC purchase price so most people think Windows is free. Yet Linux, the free OS, has always had this kind of utility set of programs that IT Pros and developers have liked to have. So whilst this might look like Microsoft embracing Linux arguably a better interpretation is Microsoft gives option of a full Unix toolchest to IT Pros. It’s pretty unlikely that Grandma will be adding Linux to her Dell laptop any time soon.

I have now uploaded my public key to the PGP keyserver;  http://keyserver.pgp.com 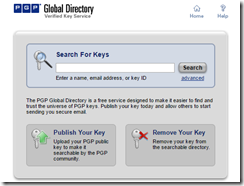 I don’t much encrypted signed email but I think that privacy should be the default position of everyone in IT and I am doing my little bit to help make it work!

Posted by Stephen Townsley at 23:06 No comments:

One of the new great little features of Windows 10 is “Windows Hello”. Windows Hello is the name for the biometric login feature that Windows 10 supports.

So far Windows Hello gives the impression that it is only supported on clear facial recognition cameras in the most modern of PCs. Apparently this is not true.
This week I bought an old Lenovo T410 from ebay. I was keen to have a spare machine that I could run the fast ring preview editions of Windows 10. Specifically the new Linux integration with the bash command line. For more about this check the Channel 9 video.

The Lenovo T410 is a poor replacement of my regular pc. The keyboard is crowded, the fan whirrs but tucked away to the right of the mouse touchpad was a fingerprint reader. When this laptop was made you had a separate security level to deal with fingerprint readers on Windows 7 however it was biometric so would Windows Hello work with it.


After doing the Windows 10 upgrade I located the Lenovo Thinkpad Fingerprint reader tools. This laptop is 4 years old and £130 from ebay so I held out no hope that it would work like the £1200 Surfacebook Windows Hello biometric. However I thought that if it could secure something it might be a worthwhile add-on.


I scanned most of my fingers on my right hand. Previously on mobile phones I found that fingerprint readers were pretty ‘hit or miss’ affairs. So not only did I hold out little hope that Windows Hello would work but I also doubted it would reliably scan at all!
The scanning was pretty painless and after doing some fingers I rebooted the laptop. Unbelievably the login screen offered me the option of a fingerprint scan using Windows Hello.


Rather unexpectedly I got Windows Hello with an otherwise unremarkable laptop.

Posted by Stephen Townsley at 19:04 No comments: