Showing posts from January, 2016
Show All

Historic Microsoft change that means nothing for average users. 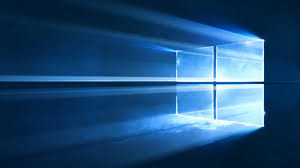 If you are looking for underwhelming and completely opaque news I urge you to read the  Microsoft Windows Blog . In a fairly lengthy blog the Windows team have announced absolutely no change for most users. The reason for this is that most people who buy a PC get a version of Windows and never touch it except for updates. Most users often have no idea which version of Windows they have. I have heard people say they have Windows 2012. Unless they installed a server version what they mean is they have a PC they bought in 2012 with Windows on it. What Microsoft was announcing in the blog was that if you bought the very latest all singing PC with a super Intel "i" processor using the latest "Skylake" technology and you then installed Windows 7 you might find that stuff doesn't work. Installing a 2009 operating system that was developed back in 2007 on a 2016 PC may seem weird and rare but Microsoft have traditionally supported this. Behind the scenes driver up
Post a comment
Read more
More posts