It's back with Windows 10 Mobile

Sunday, August 09, 2015
Last Christmas I changed from a Lumia 1020 to arguably the most talked about phone of 2015 - the OnePlus One. I liked the Windowsphone OS but my bank, local taxi company, and many other people had not made mobile apps for Windowsphone. So I went Android.

This month, after the the delivery of Windows 10 for the PC, I wanted to see what had changed with my OS of choice. You can join the Windows Insider programme for phones/mobile and download what is known as a 'rom' in the Android world. 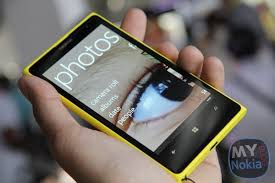 The good thing about Android is it's app support. Lots of them. To be fair to Microsoft all the major apps are in it's ecosystem - Facebook, Twitter et al. Where it falls down is in the area of 'second tier' apps. Your bank, local transit, local taxi companies, stores, etc. The reason is partly because Android is on 75% of smartphones out there but partly because Microsoft have messed with their developer community in recent years.

I really want to go back to Windowsphone (or Windows 10 Mobile as it will be). Microsoft are bringing in universal apps across platforms to make the ecosystem more attractive, Cortana the digital assistant will be cross platform and the latests SDKs will allow an easy port of Android apps to Windows 10 Mobile. So it may happen.

My Lumia is now running a beta pre-release OS. A bit dangerous as a daily device but I will see how it turns out in the next few weeks heading to the October 2015 full release.
lumia 1020 Windows 10 Windows 10 Mobile Windowsphone