Showing posts from August, 2015
Show All

Well I soon discovered that Windows 10 Mobile on the Nokia 1020 was a bit slow. The word ponderous might be better. The OS is still un-optimised beta not for normal use so I should not complain too loudly for breaking the rules and using it day to day. However I do like Windowsphone OS so I picked up a Lumia 930. It only has a 20megapixel camera but the good news is the denim update to the OS earlier this year made the camera software way better than the 1020. They even did a video to explain; So with a bit of camera magic my Windowsphone is an upgrade with lower pixels. I am still disappointed with the 'app gap' but I like the Windowsphone way better than Android. I suppose because the pages of tiny icons were never really my thing!
Post a comment
Read more

It's back with Windows 10 Mobile 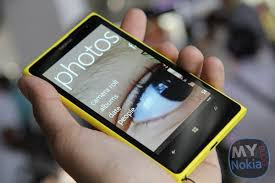 Last Christmas I changed from a Lumia 1020 to arguably the most talked about phone of 2015 - the OnePlus One . I liked the Windowsphone OS but my bank, local taxi company, and many other people had not made mobile apps for Windowsphone. So I went Android. This month, after the the delivery of Windows 10 for the PC, I wanted to see what had changed with my OS of choice. You can join the Windows Insider programme for phones/mobile and download what is known as a 'rom' in the Android world. The good thing about Android is it's app support. Lots of them. To be fair to Microsoft all the major apps are in it's ecosystem - Facebook, Twitter et al. Where it falls down is in the area of 'second tier' apps. Your bank, local transit, local taxi companies, stores, etc. The reason is partly because Android is on 75% of smartphones out there but partly because Microsoft have messed with their developer community in recent years. I really want to go back to Windowspho
Post a comment
Read more
More posts